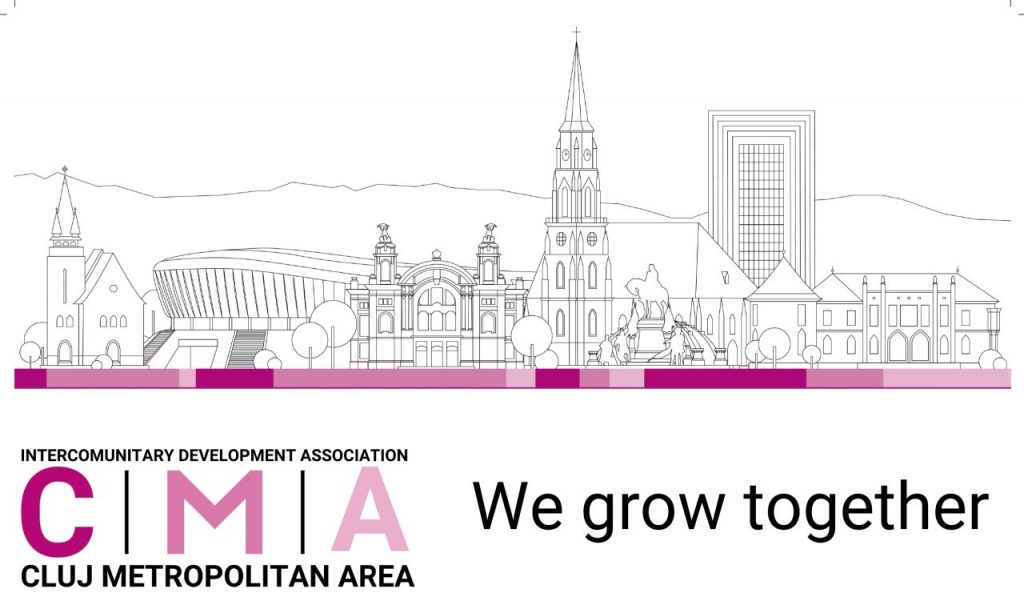 Cluj Metropolitan Area association operates around Romania’s second-largest city, Cluj-Napoca. This is the largest urban center of Transylvania, considered Romania’s most forward-looking region, and playing the role of its informal capital. The city and its peri-urban area are located northwest of Romania, not far from the border with Hungary. The population of the metro area is about 450.000 inhabitants.

Cluj-Napoca is connected to the European motorway network by a southern, bypassing route, while the shortest, western motorway is under construction. The railway linking the metropolitan area to the western border is also being modernized. Cluj Airport connects the area with most European states, being the second busiest in the country.

Regarding the social fabric, the metropolitan area is marked by the coexistence of the traditional way of life, in the rural area, predominantly agricultural, and the dynamics of a modern city, which is rapidly growing and in a full economic boom. Thus, Cluj-Napoca experienced 4.5-fold GDP growth in 20 years, it was the European Youth Capital in 2015 and was shortlisted for the European Capital of Innovation award in 2020. The economic momentum is mainly driven by the service area, especially the IT sector.

Thus, the city is in a rapid transition towards a knowledge-based economy, similar to the most advanced EU countries. However, the rural parts of the metropolitan area are lagging. Major investments in road and water-channel infrastructure have provided only the basis for decent living in areas where poverty persists. For example, there are localities 15 km from the city, where there is no school, dispensary, or economic operator.

In this context, the major challenges in the coming period are of two types, which we will identify by using expressions from IT:

Hardware: The creation of a metropolitan mobility infrastructure that quickly connects the urban pole with the peri-urban area and at the same time relieves congestion in the city: metropolitan train, metropolitan highway, and subway.

Software: Strengthening social cohesion between the relatively prosperous, well-educated, and forward-looking urban community and the more traditional and conservative rural population. Eliminate the risk of social exclusion for the latter and the less prosperous urban groups.

CMA has been involved in several green infrastructure and concept projects funded by the EU.

We also have broad expertise in social projects, as we have been running projects of social inclusion and affordable housing in the city’s most deprived area since 2014. More on these you can find here: www.desegregare.ro/en